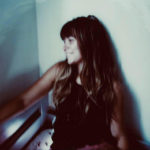 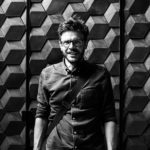 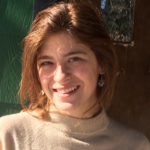 In the 1970s a nationalist feminist movement began to emerge in Corsica, parallel to the male-dominated armed struggle of the National Liberation Front (FLNC). Today ‘Donne di Manca’ is the only autonomist group which fights for the emancipation of women, and for the island.

Anne-Laure Cristofari was born in 1978, two years after the creation of Corsica’s emblematic independence movement, the FLNC (National Liberation Front of Corsica). Her birth also came three years after another nationalist movement occupied Aléria, a village in upper Corsica, in a struggle against the French military. The subsequent bloodshed marked the beginning of an episodic power struggle between the French State and Corsicans seeking independent government.

Anne-Laure heard about the armed movement from Paris, where she grew up. Although originally from Corsica, she did not understand all of the events that were taking place on her home island, but she did support the cause. From a very early age she began to assert her ‘Corsitude’ (Corsican identity). “In Paris, I felt like an immigrant. When I was very little, I wanted to go back home,” she explains with a sparkle in her eye. In 1989 there were mass protests in Corsica with people demanding — and eventually receiving — a subsidy from the French state to counteract the high cost of living. “People were talking about an ‘islo murto’ (dead island). My 11-year-old self was wondering, ‘How is the island dead?’ My father was very critical of the violence against the mainland. But I was questioning things. I was a rebel, in opposition to every aspect of the patriarchy.”

Back to the source

In the 1990s the independence movement split, triggering an unprecedented wave of violence in Corsica, with 600 attacks per year and two opposing branches of the FLNC fighting one another to the death. Anne-Laure lived in fear during those violent years. At the same time, though, she was “trying to understand how people who fight for their affirmation, can kill each other.” In 1998 — when an independent activist named Yvan Colonna, assassinated the French Prefect Claude Erignac — Anne-Laure began to educate herself more about the history of the struggle. “I felt that we had reached a milestone. I was afraid that all Corsicans would be blamed for his death.”

In 2005, Anne-Laure moved to Calvi and joined the left wing movement, ‘A Manca’, where she further deepened her knowledge of independence movements. “I am a child from the ‘Riacqustu’ (Reappropriation) movement,” she explains proudly. “Since the 1970s this cultural and political current has been calling for a return to Corsican identity.” She read, expanded her network, and refined her nationalist-feminist thinking.

“I am not a nationalist in an exclusive identity way.”

Anne-Laure is part of a young generation that was bottle-fed the FLNC narratives and the actions of the military-underground organisation. For years, people around her were talking almost exclusively about guerrilla actions: burning huts and villas, and attacking state symbols. On annual ‘blue nights’, activists would synchronise a series of attacks throughout Corsica. Over four decades the FLNC detonated nearly 9,000 bombs on the island. Despite the arrests, the division of clans, and the death toll, Anne-Laure supports them to this day. The extent of such sentiments is particularly visible in the backcountry of Corsica, on the winding roads, through villages tucked away in the mountains: here, billboards are riddled with bullets, villages named in French are crossed out and rewritten in Corsican, and nationalist slogans are scrawled on the walls.

Anne-Laure wants to see both the French and Corsican languages used in the state administration, and she rejects any paternalistic supervision from the mainland. Her activism frightens her family, who are trying to slow her down. “My father used to tell me, ‘You’re going too far, don’t you realise the problems you are going to get into?’ But he quickly realised that he couldn’t stop me.” She insists, “I am not a nationalist in an exclusive identity way. I prefer to define myself as an autonomist, in the sense of a ‘padrio,’ (an affectionate term for a patriot in Corsica).”

Today, when Anne-Laure walks around the streets of Calvi, she warmly greets people in Corsican. Everybody seems to know her. The young woman teaches middle-school history and geography in the regular classes, as well as for the Corsican bilinguals, “for those who have the nationalist fibre,” as she puts it.

A culture of masculinity

At  27-years-old, Anne-Laure began to attend ‘A Manca’ activist meetings. Immediately, she felt that she had set foot in a masculine space, “with a virility culture in which the men take up arms and hide with the underground resistance while women stay at home.” The stereotype annoyed her.

Caroline Torres, an anthropologist and author of a thesis on feminist and nationalist movements at the University of Corte, confirms that “the majority of women in the FLNC participated in the struggle in the background. They mainly managed the logistics necessary for combat.” Women kept weapons, hid activists, and collected intelligence. This was a critical job but it was also a largely unseen role.

One of Anne-Laure’s friends, Dominique Giacomoni, 62, was part of the first wave of nationalist-feminist groups in the 1980s. One day, she found herself leading a convoy of cars transporting explosives to the guerrillas, “with my son in the back,” she remembers. “I couldn’t stand my parents’ enslavement to the French state anymore, and the laws of the clan.” (By clan, she means the powerful and the rich, an echo of the rhetoric of Germaine de Zerbi, founder of the ‘Donne Corse’ movement and the iconic figure of Corsican nationalist feminism, who once declared, “Violence from the clan is more violent than explosives.”)

When it was created in 1981, ‘Donne Corse’ attempted to combine feminism, nationalism, and socialism. It was a difficult mission. “The movement takes a suspicious look at feminism,” explains Caroline Torres, “it is often thought of as an external structure that comes from France or elsewhere, which would not apply in Corsica.”

“We wash and iron the hoods.”

“In our Mediterranean culture, we fantasize that women are better treated here than on the mainland,” quips Anne-Laure. The woman is, above all, a mother who gives life, who must be protected. Even today, brothers, fathers, or cousins still keep an eye on the prospective suitors of women in the family. More importantly, though, according to Rosy Sarrola, director of the association ‘Corsican Women in Solidarity’, about 500 Corsican women file a complaint every year for domestic violence, a figure that’s, relative to the local population, well above the national average.

It was this patriarchal aspect of the island’s culture that fueled Anne-Laure’s determination to act. In spring 2019 she launched a ‘women only’ feminist section of the ‘Donne di Manca’ movement. Currently, the group gathers nearly 30 women from all over the island, aged between 25 and 60. Now Anne-Laure wants to make it a force for political action. “What clicked for me? The femicide of Julie Douib on the Rousse island in March, 2019.” According to the association ‘Corsican Women in Solidarity’ this was the eighth such death on the island in recent years. For Anne-Laure this was enough “acqua in bocca” (a Corsican expression meaning ‘to have water in your mouth, that prevents you from speaking’), “I told myself that this mentality had to change. Especially when I looked at my students and saw girls carrying their boyfriends’ backpacks…”

Since 2017, and the election of the executive council’s president, Gilles Simeoni — a moderate nationalist and lawyer of the assassin who killed Erignac — more women have been involved in local politics. For Anne-Laure, this is a step forward, though she is still saddened to see a local satirical newspaper caption photos of the women elected to the Assembly as, ‘Les Simeonettes,’ (Simeoni’s girls).

Occasionally ‘Donne di Manca’ hold meetings at the University of Corte, the only higher education institution on the island. This is also where Anne-Laure meets-up with student members of the nationalist unions. “At first, I told myself, ‘great, female activists!’ then I quickly realised they were the leaders’ partners and they disappeared as soon as I interacted with them. I just wanted to tell them, ‘Stop being groupies, and stop thinking that we clean up and iron hoods! You have just as much of a right to fight as they do!’” This is the founding principle of ‘Donne di Manca’: to encourage women to take the lead and speak out. Activists discuss the difficulties of being a woman in Corsica and how to gain more equality. The first action on the group’s agenda is, “a poster campaign, in the Corsican language, in the towns of Bastia, Calvi, Ajaccio, and Porto-Vecchio with slogans protesting the violence against women.”

“A Europe with the other Mediterranean islands”

Night falls on the ‘Isle of Beauty’. Anne-Laure walks up the steps of her building using her phone’s flashlight. She lives alone with her cat, Libbecciu, on the last floor of a modest but cosy apartment, at the top of the town’s citadel, as if she wants to keep an eye on what’s going on. Single and childless, she often feels hostility from others, even those closest to her. “You scare men by being so independent, active, and militant,” people whisper to her.

Anne-Laure is counting on the new nationalists in power to transfer the ideas of the underground resistance into the official chambers of politics. She knows that full Corsican independence is unimaginable. “We are not Catalonia, one of the richest regions in Spain which, in addition to tourism, benefits from the large companies based in Barcelona. We’re more like southern Italy, an economically troubled region.” Sometimes, Anne-Laure dreams of a type of Mediterranean confederation, “a Europe with the other Mediterranean islands, far from the absurdity of this liberal Europe that puts human beings in the background. A confederation of people with whom we have similarities. We are only 12 kilometers from Sardinia, so there would be a territorial logic to it as well.”

Even though the FLNC officially laid down its arms in 2014, the fight is not over. In October 2019, a group claiming to be the new FLNC, announced the reformation of the movement. “They are not nationalists, they are extreme right fascists,” insists Anne-Laure. She does not think that armed conflict will return to the island. “If it does” she insists, “I would not hesitate to take up arms.” Pantaléon Alessandri, 65, is one of the founding fathers of the FLNC. “It was the feminists who first created the group ‘E calze rosse,’ the red socks, before the FLNC, in 1972 or ‘73. On the ground, women fighters are rare. We mostly asked them to pass their driving test because people are less suspicious of women. They put baguettes or baby seats in the car while they were transporting weapons or ammunition. We never let them exceed a certain  threshold of violence, like participating in commando actions. It’s certainly linked to our culture where women are before anything else, a mother, the one who gives life, the person you must protect.“